I have several silver cups that I recently purchased. The seller said they were brought back to the US during the Korean war, most likely in the mid 20th century. I was told that the mark is most likely hanja. I would like to learn more about the history of these pieces and any help translating the mark would be greatly appreciated. 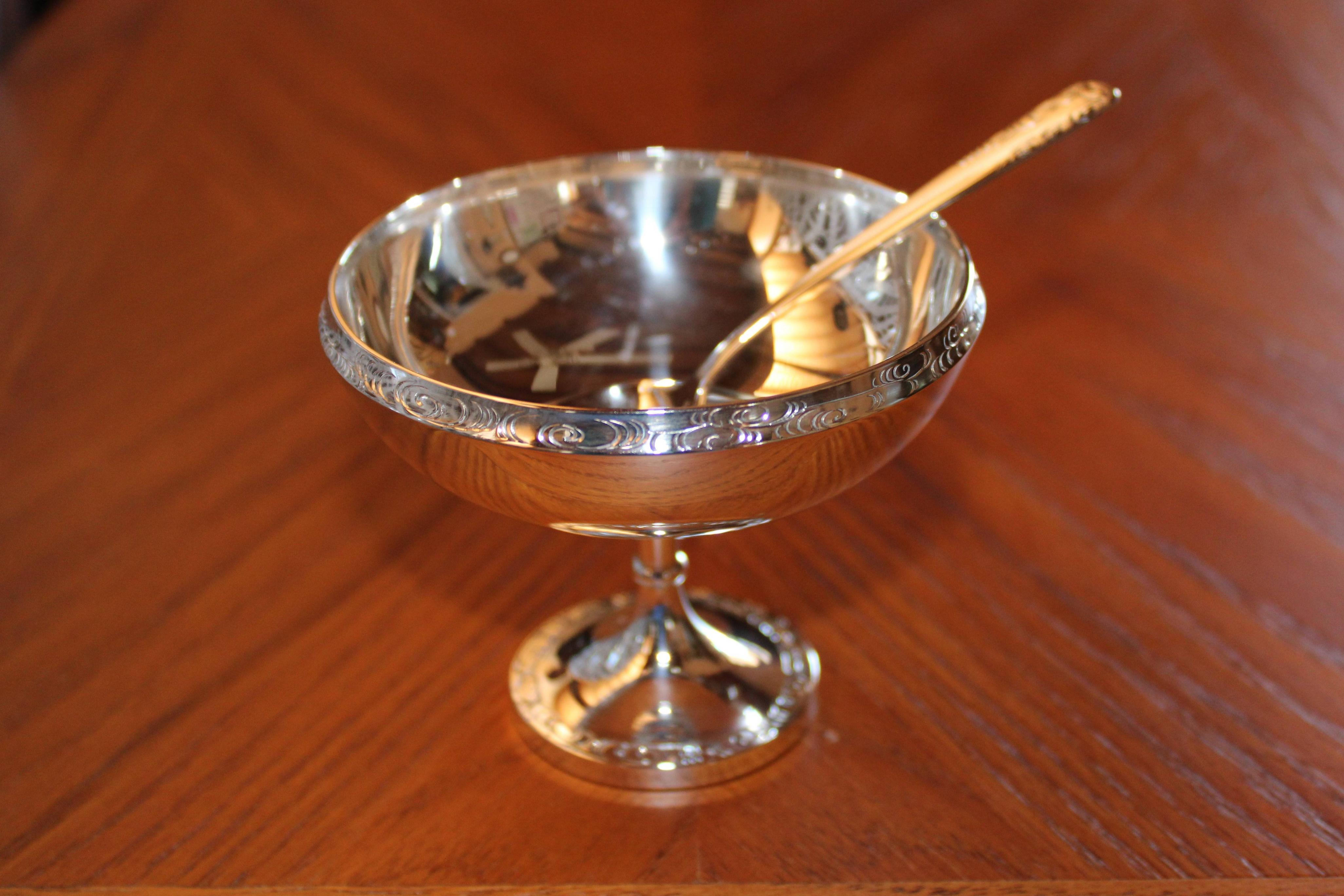 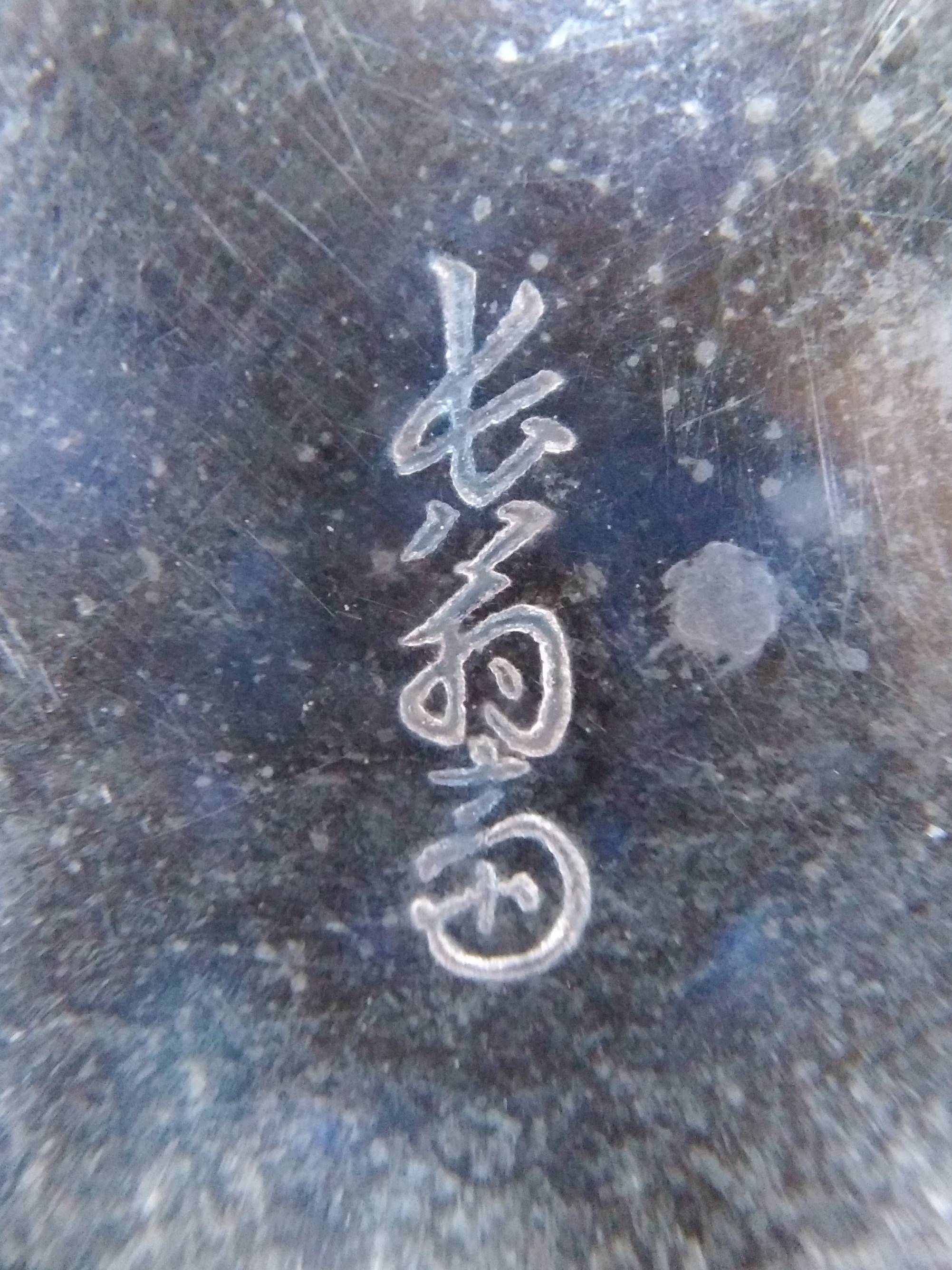 This isn't Korean, it's Japanese. The characters are 「長翁齋・장옹재」 , pointing to the given name of an Edo Period Japanese metalsmith/artisan named 「鈴木長翁齋」 (Japanese: 「鈴木長翁斎」, Suzuki Chō'ōsai).

If you Google image search "鈴木長翁斎", you can see some of his silverwork (and his son's work, who is self-styled as Chō'ōsai the Second, 「長二齋」 or 「二代鈴木長翁齋」). For example, 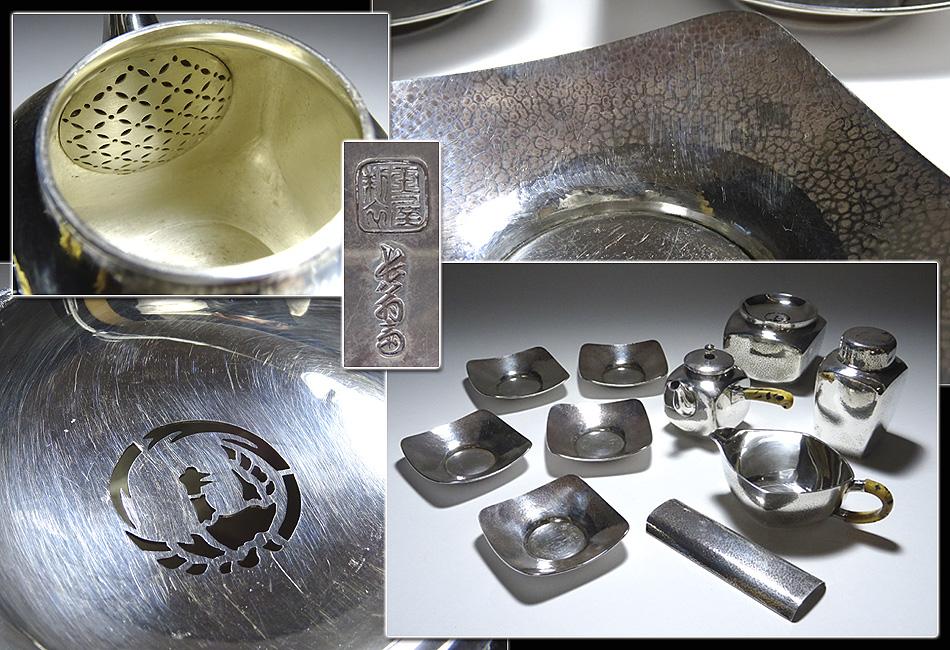 Not the answer you're looking for? Browse other questions tagged translation hanja or ask your own question.