How can I find IPA charts that pairs each Modern Korean phoneme, with a common Korean word feat. that phoneme?

How can I find equivalents to the following chart for Modern Korean?

Scilicet, the chart for Korean must SCHEMATICALLY map out each of Modern Korean's phonemes, and each phoneme must be escorted by a common Korean word featuring that phoneme. Vowels MUST be charted in a triangle or quadrilateral. It's useless simply to list out phonemes without order.

Scilicet, the chart for Korean must SCHEMATICALLY map out each of Modern Korean's phonemes, and each phoneme must be tailgated by a common Korean word featuring that phoneme. Vowels MUST be charted in a triangle or quadrilateral. It's useless simply to list out phonemes without order. 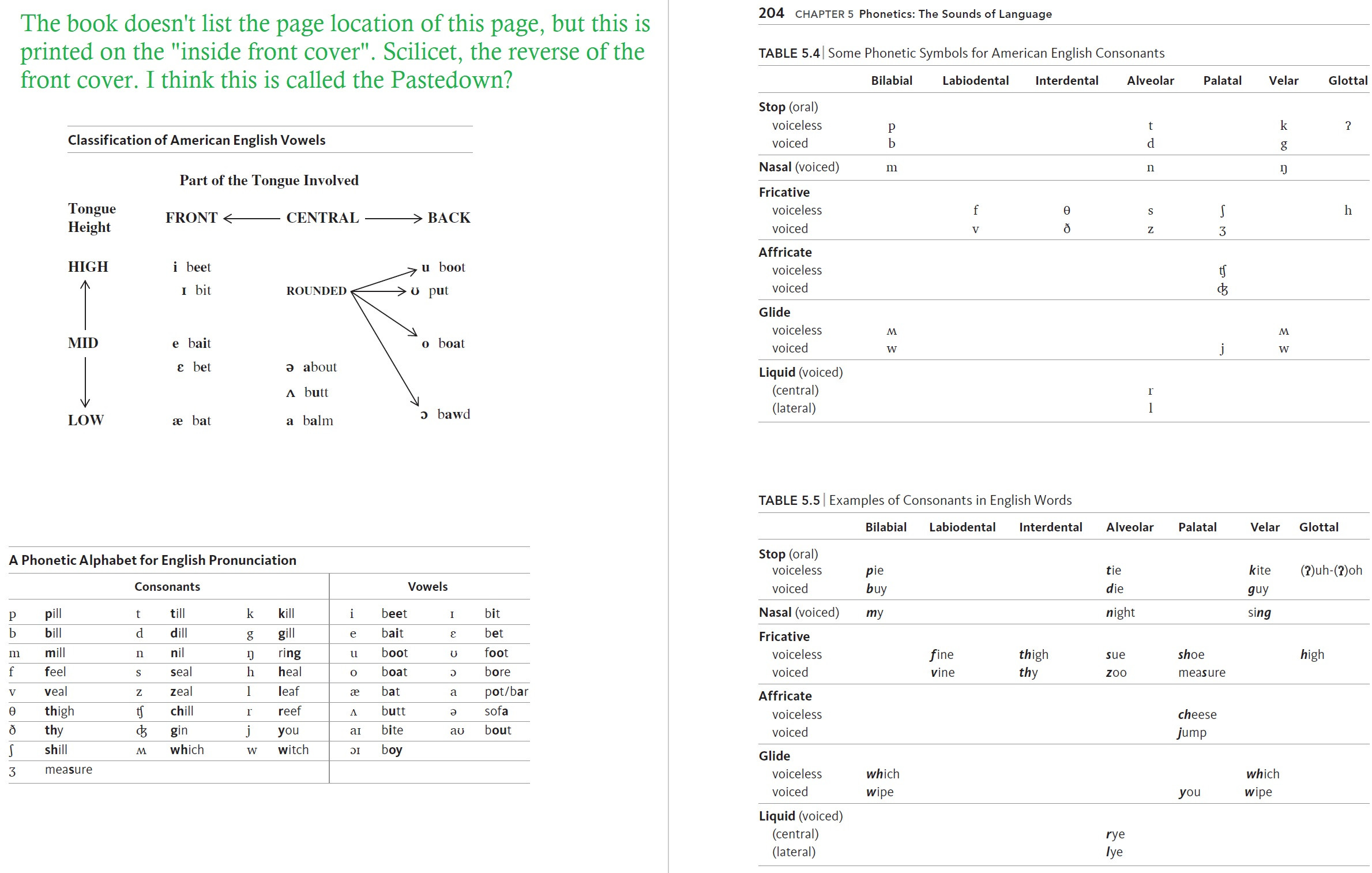 These two pages stem from the 2013 10 edn. of Fromkin, Rodman's An Introduction to Language. My library doesn't have the 2018 11 edn. The meaning of "Pastedown" is pictorialized below. 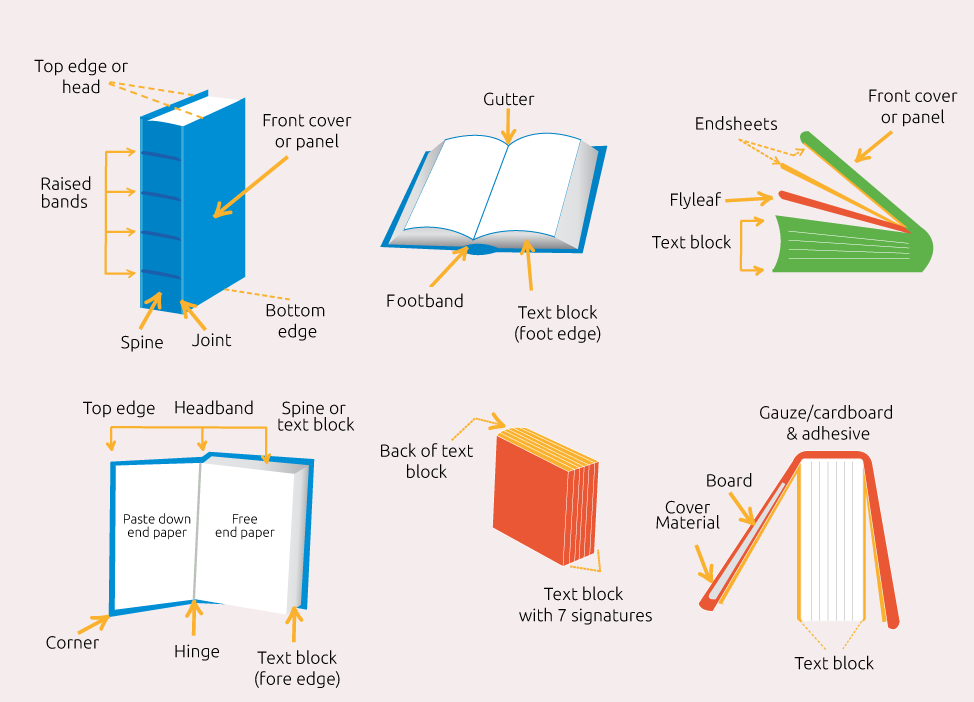 The phonology of the standard Korean 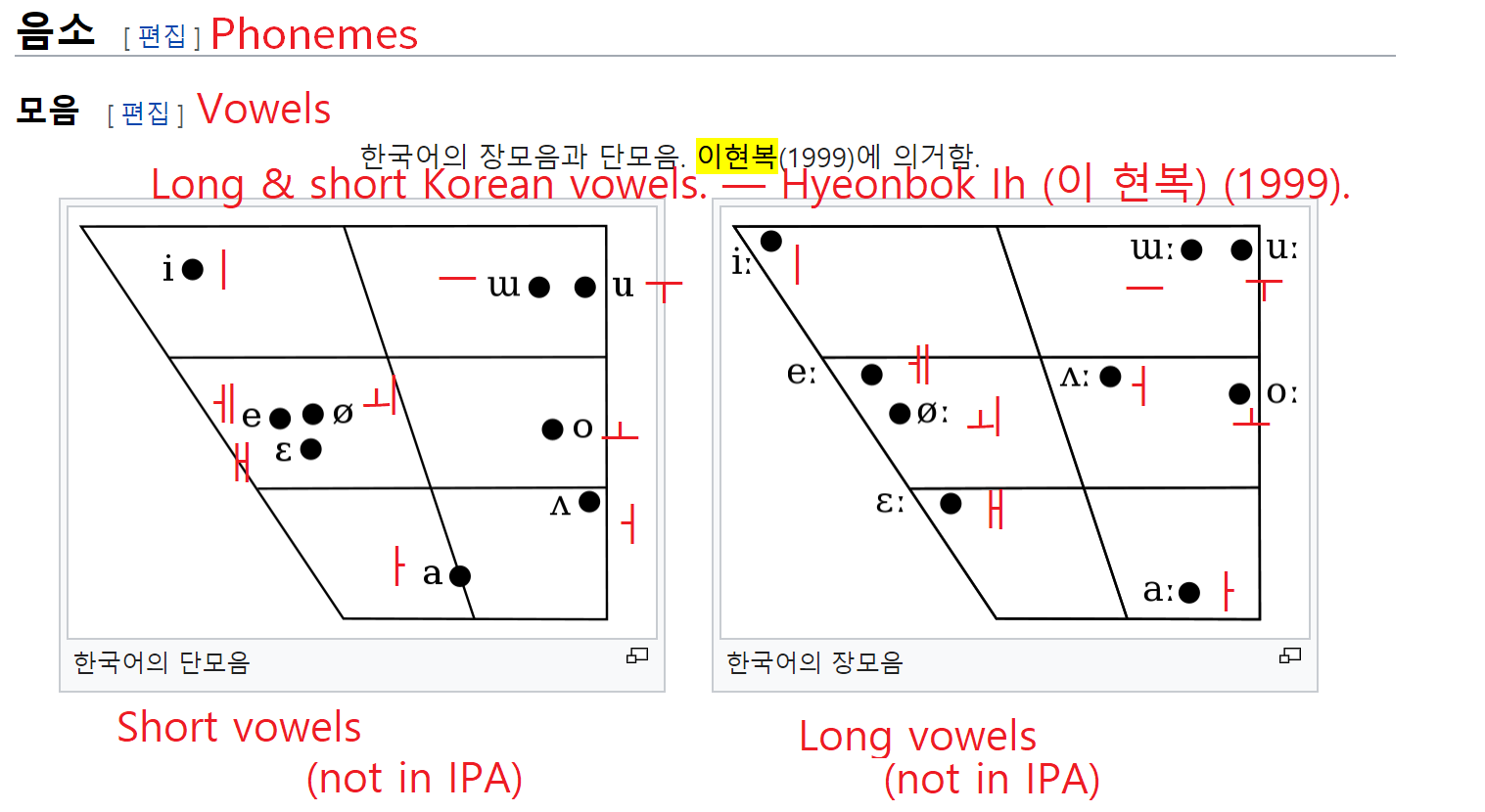 The short vowels (left) and their long versions (right)

Short vowels with the semivowels [j] and [w] (another 10 vowels)

Note: some studies say that they’re rising diphthongs, rather than ones with semivowels.

The diphthong ㅢ (another 1 vowel)

19 initial consonants (all of them can be initial)

7 final consonants (and 7 of them can be final) 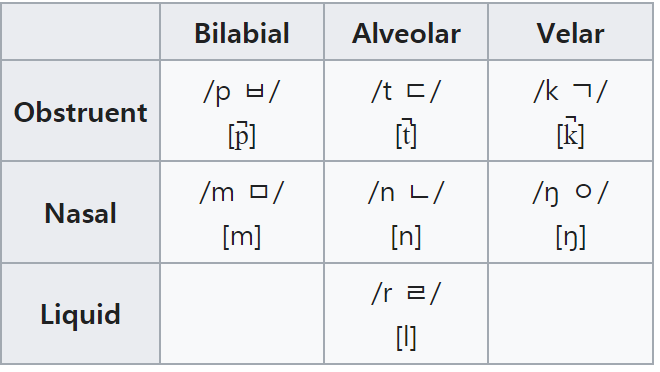 The Korean language doesn’t make the voiced/voiceless distinction. It has the 평음平音/격음激音/경음硬音 distinction, distinguished by tenseness.

This might help too (it has word examples for the consonants): https://en.wikipedia.org/wiki/Korean_phonology.

Kudos to you studying this phonologically complicated language. Even though making those Korean sounds is one of the easiest things for me to do, still, studying its phonology overwhelms me.

Edit: the /ㅓ/ sound is a bit different than how it’s described here.

Not the answer you're looking for? Browse other questions tagged phonology or ask your own question.