What is the correct spelling for the ITF term ‘yon moo son’ meaning 'diagram'?

As is well known, ITF spelling of taekwon-do terminology is all over the place. In my experience, the following variants are the most prevalent:

Now, to the question at hand. Using Naver, the closest I have been able to find reminiscent of yon moo son, is 연무, defined as such:

This appears to be heading in the right direction, but I have thus far not been able to figure out what the final part of the terminology could be. Given the problem of ssang letters usually not having been rendered as such in the ITF, the following options present themselves in order of likelihood:

I haven’t been able to get any hits with any of them, though. Thus my question: What is the correct Korean word (in hangeul) matching the bastardised Romanisation yon moo son for diagram?

In taekwon-do, a diagram means the lines plotting the directions in which a pattern is performed. If going left, right, back and forth, for instance, the diagram would be this: 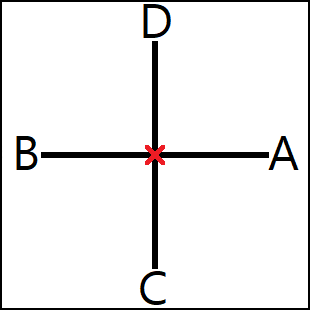 terminology taekwon-do
Share
Improve this question
edited May 10 at 22:05

The use of this may be influenced by the use of the Japanese term Embusen in Karate. http://cheongnyongyu.com/2016/10/28/the-korean-term-for-floor-diagram/ suggests that this may be the case.

Not the answer you're looking for? Browse other questions tagged terminology taekwon-do or ask your own question.