But I cannot find it in vocabulary. What is the difference? Why can not be just 보냈다? 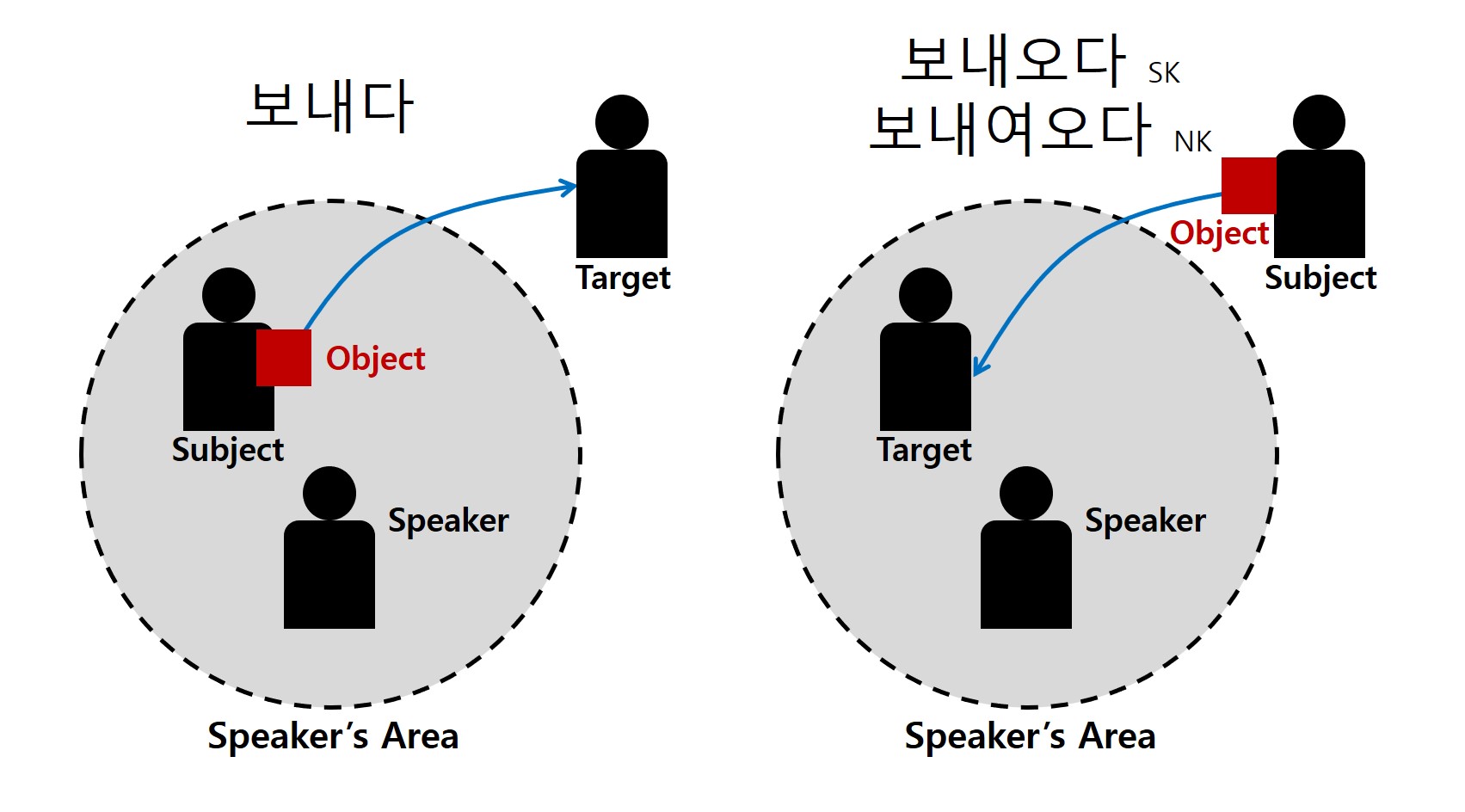 Let's look at the case when the target (object receiver) is not the speaker. This figure that I draw will help you understand the difference, although it is inapplicable to some types of sentences such as imperative sentences. The terms in the figure are just what I use. Here are notes on the figure:

You should note that the target of 보내다 can be the speaker as well. I did not mention such a case above.

What if the speaker's area has neither the subject nor the target or both the subject and the target? Then, 보내다 is used, as in the following:

If the news articles published in North Korea used 보내다 instead of 보내여오다, they would be considered inappropriate since they could imply: "We journalists do not belong to North Korea."

보내다 (to send) and 오다 (to come) are different verbs; they have different grammatical structures as the following:

The direction of 보내다 is "away from the subject to the target"; that of 오다 is "to(wards) the target in the speaker's area". Thus, adding 오다 to 보내다 indicates the closeness of the speaker to the target of the action. Especially when the target is the speaker, nothing is wrong to use 보내다 instead of 보내오다.

First, the right form is "보내어오다" not "보내여오다". Second, as far as I know, semantically, the difference should be made regarding the person who says it putting more emphasis on whom. When you use "보내다", the focus falls on the subject who sent while "보내오다" has its focus on the person who gets. Thirdly, Koreans barely say "보내어오다"; rather, they say "보내다" or "보내오다". I think I only saw the expression "보내어오다" in literature or used by the North Korean anchor.

Not the answer you're looking for? Browse other questions tagged verb north-korean or ask your own question.