Korean dialogue in a comic

I'm brazilian, and reading a comic in english. It's named "Shortcomings", by Adrian Tomine. This comic is about problems of some asian-american young adults. At some point, the main character (Ben Tanaka, from japanese ascendence) goes to a wedding with his korean friend (Alice) pretending to be her boyfriend. She don't want their parents to discover that she is homossexual, so she brings her friend with her as her boyfriend.

One of the problems is: He is not korean, he have japanese ascendence, and, for historical and cultural reasons, Alice advises him that probably her parents will not like him.

When Alice presents him to her parents, they talk in korean with each other, and she replies something to them.

Can someone tell me what are they talking? They're probably discussing about Ben's japanese descent.

Thank you all in advance. 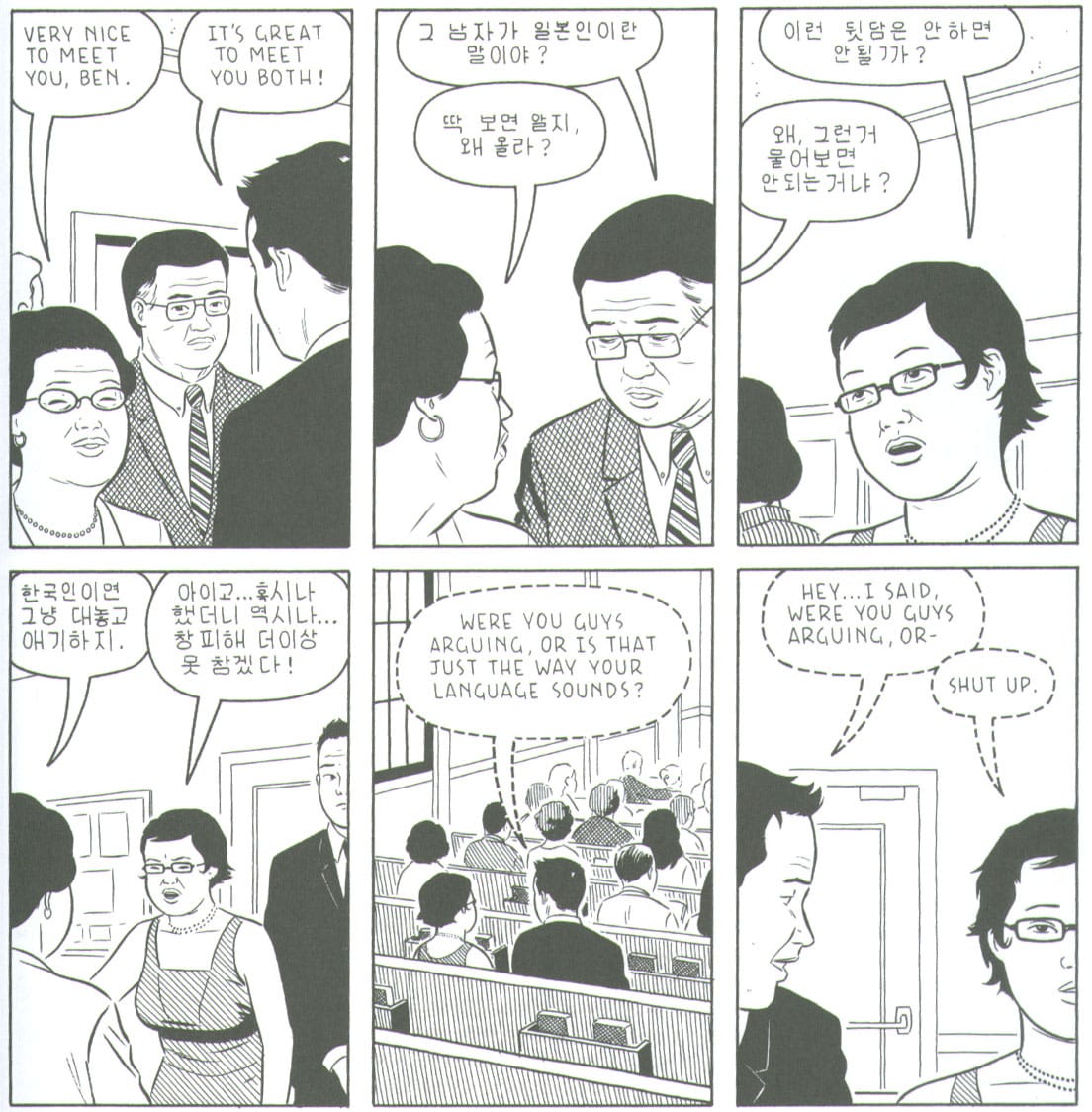 Here's my translation. It doesn't feel as smooth as the original Korean version, but might be enough to get you a rough sense:

(The conversation is in a very casual tone, which makes it hard to be translated in English.)

Not the answer you're looking for? Browse other questions tagged korean-to-english korean-culture or ask your own question.

10
How do you count Korean age
9
How do you say “None of your business” in Korean?
3
what is the Proper korean word to say Hello?
2
When learning Korean, is it better to learn formal only?
4
How does A Korean Odyssey (화유기) derive the character names?
0
Korean Subway help please!
0
How practical is it to live in Korea without a “Korean name”?
0
Choral version of Pachelbel Canon in Korean tv
2
Historical Text: how to translate domesticated animals 謂牛馬雞犬