So I collected some native Korean numbers and their old forms into a few columns. The last two are words specifically for days. 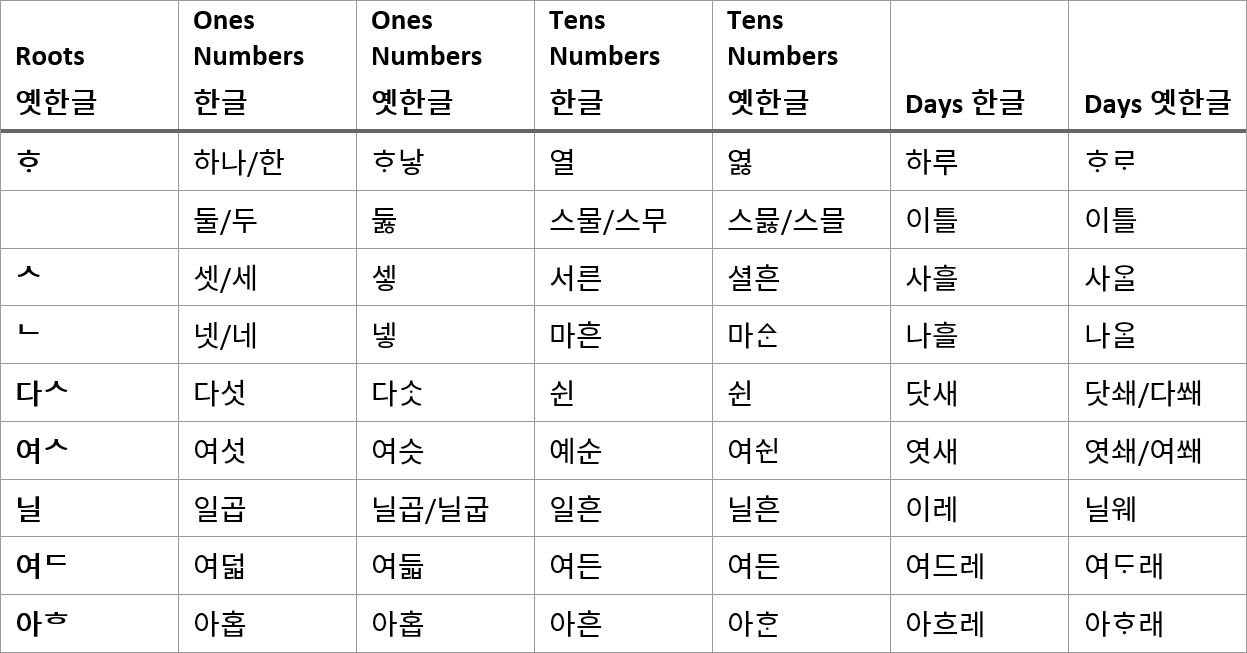 The Roots column is what I observe to be common across the row, not something I know for a fact.

The dictionaries I consulted show the old forms, but do not mention etymological information earlier than that. I want to know if there have been any academic insights into the formation of these words.

AFAIK, this is as far back as you can go. Korean is linguistically regarded as a language isolate, which has no sister languages anywhere else in the world. The comparative method, which is used for reconstructing older forms of languages, does not work for Korean.

The forms you find in the 옛한글 columns are the oldest attested forms of the words (from the 15th century). There are no older forms of those words that has been discovered, and they likely will never be.

Not the answer you're looking for? Browse other questions tagged etymology history-of-korean numbers or ask your own question.