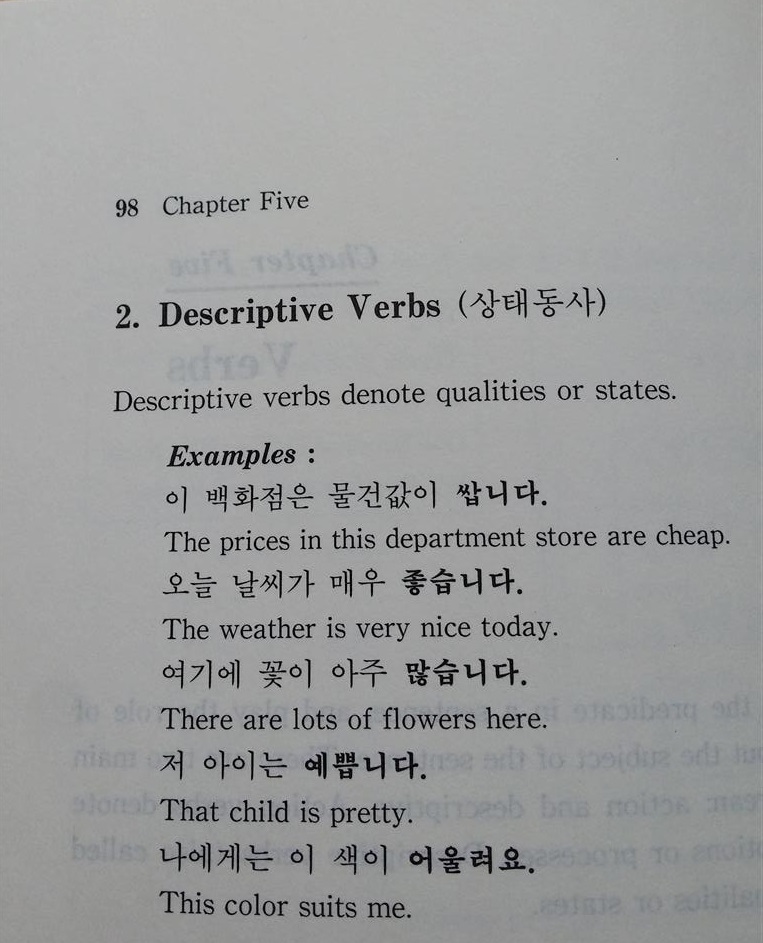 However, I thought these words were also often called 형용사 - so I got the impression that 상태동사 and 형용사 are basically the same thing. Following a conversation with another Korean SE friend here, I wonder if that is correct.

There is no 상태동사 in Korean. I think you are confused with other languages such as English. There are only verbs and adjectives in Korean and nothing in-between.

The simplest way to distinguish 형용사 (adjective) from 동사 (verb) is to conjugate by placing '-ㄴ' or '-는' before '다' using the basic (root) form. If the conjugated form makes sense, it is a verb. If not, it is an adjective as follows:

The first two are adjectives and the last two are verbs.

Let's see how your examples work.

Neither of them works and it proves that they are adjectives.

When you see a translated version of those adjectives in Korean, it might sound like a verb, but there is no 상태동사 in Korean.

1) There are several ways in defining a descriptive verb.