How does 15th Century Hangul writing/type differ from modern Hangul?

Foreign visitors to Korea will often become quickly familiar with the look of early Hangul documents and prints, as (being rather attractive!) they are often used for decorative purposes. Nevertheless, it looks like the text works somewhat differently to modern Korean.

Here are some examples from http://yoon-talk.tistory.com/433: 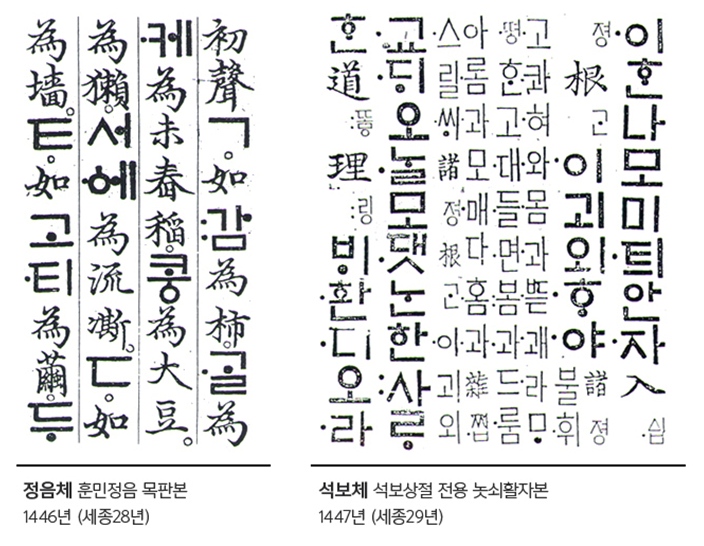 This is the lid of a gift box I have, which looks (at least superficially) similar - I'm told it might be from the 훈민정음 itself: 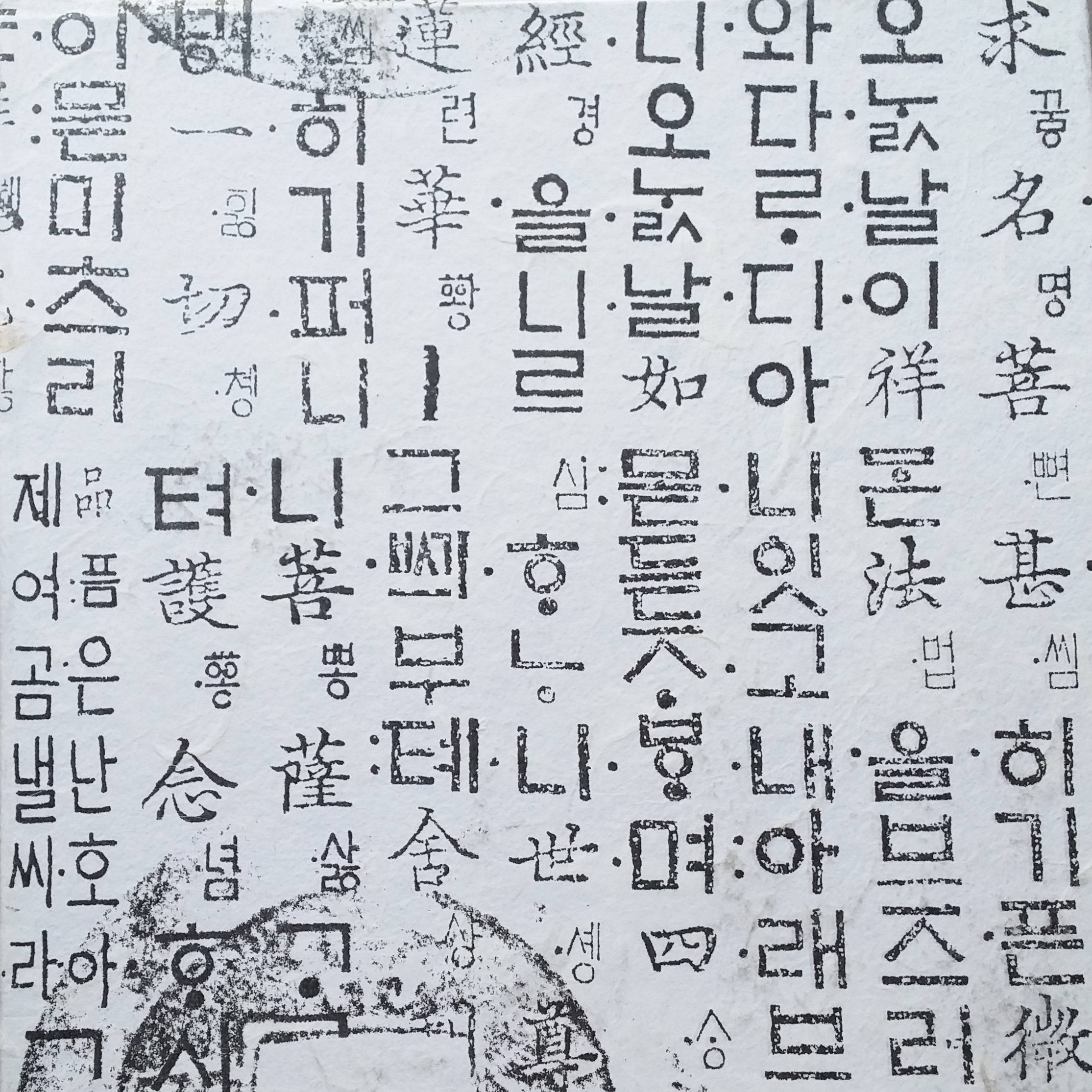 My question is : what are the differences between written (and typeset) Korean writing from this era, and modern Korean? e.g.

I'm sure that there have been many changes in the Korean language and its grammar and vocabulary - but this question is not about that, as that would be way too broad.

Until recently, Korean text was written in columns going down, reading the right-most column first and proceeding leftward.

In most cases, the smaller Hangul characters are pronunciations of the previous (above) 한자. Not all the 한자s there have them, but most do: you can see 법 below 法, 솅 below 世 (now pronounced 세), and 념 before 念. However, I can see at least one small 한글 without a previous 한자 (심, right in the middle), so I'm not sure why it's used there.

As far as I can see, all of the larger 한글 are native Korean words or endings.

There are several big changes:

Top to bottom, right to left.

The smaller ones are to indicate sounds of the bigger hanja above. In your bottom picture, there is this: 法·법. It means that 法 is read as "·법"(which still is today, only without tones).

ㆅ (double ㅎ, 쌍히읗)'s original sound is reconstructed as /x/(Bach). This character was only found in some words like ᅘᅧ다. This word is now spelled 켜다(to turn on). So ㆅ changed to ㅋ, it seems.

You can see three differences in the first set of documents, since the introduction of Hangeul:

Not the answer you're looking for? Browse other questions tagged hangul history-of-korean or ask your own question.

5
Translation: using the remote past for events preceding a past event
1
Etymology of 하십시오체 sentence endings

14
Hangul -- printed vs handwritten
3
How can I include Hangul and Hanja in a website?
4
Which archaic Hangul letters/sequences were only used for transcribing Chinese?
1
Accurate quote of 훈민정음 Hunminjeongeum
8
Korean words whose pronunciation differs unpredictably from the spelling
4
Where can I learn Hangul without any Romanization at all
0
Found a character on a texture and need help identifying it
8
Unusual hangeul syllables in 1920's handwritten Korean?
0
What Korean reader software aimed at learning pronunciation is available?
0
Why are 댜 뱌 챠 탸 퍄 햐 됴 툐 not used?