Why are Hanja described with -ㄹ/을?

When describing the meaning of Hanja, adjectives and verbs use the -ㄹ/을 ending. For example:

I've always just kind of accepted this, but recently was thinking why is the -ㄹ/을 ending used. Usually it implies a future or potential state of the description, but this doesn't make sense to me with Hanja. Is there any connection to it's use with future tense or is this just another use of the ending?

It's not always future tense. Actually, the most common usage of -ㄹ has little to do with future tense. -ㄹ is just an "An ending of a word that makes the preceding statement function as an adnominal phrase."

As for why -ㄹ, over all other verb endings, is used for Hanja, we don't know for sure, but it's the way it has been for over centuries. Look at this Hanja dictionary from 1458 (初學字會) for example: 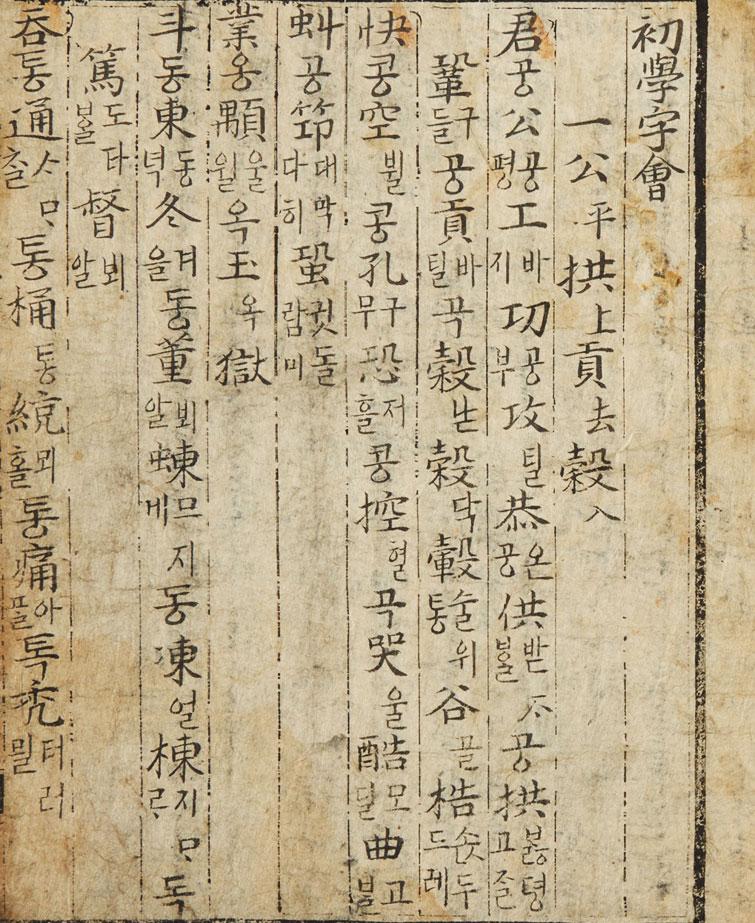 Looking at the research paper "선어말어미 '-리-'의 기원", the -ㄹ ending was a nominalizing ending until the 16th century. The adnominal usage was done by adding the adnominal particle ㅅ after nominalization. So 뷜, 아ᄑᆞᆯ etc were considered nominal (noun-like) back in the 16th century. So it makes sense to use -ㄹ, it's akin to where English dictionaries use "to ..." for verbs.

16
Is there any word that varies in length when written in hanja or hangul?
16
When should I use Hanja instead of Hangul?
5
Is hanja opposed in North Korea?
6
Dropping of initial ㄹ and ㄴ before /j/ and /i/ in hanja
8
Why do product labels often have emphasized 한자?
0
Is the use of Hanja in Korean associated with Traditional (rather than simplified) Chinese characters?
3
Does 단비 (sweet rain) have Hanja?
2
Why do some hanja characters have multiple hangul?
0
Why are 댜 뱌 챠 탸 퍄 햐 됴 툐 not used?
2
Does Korean render Japanese names according to how they are read in Hanja?