How to understand the feel and use of written sentences without main verbs? 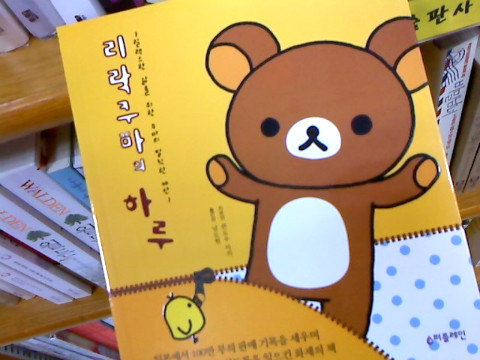 I was intrigued how many sentences there (italicized above) don't seem to have main verbs in.

Some of these might be written in a similarly verb-free way in English - e.g. the ones that are just like a noun that's an alternative identification, like '시내에서 회사원으로 일하는 여성'.

Is this a common way to write in Korean, or is it something to do with it being a translation from Japanese?

If it's something that is encountered in Korean, how should I understand the 'feel'? Does it have a shorthand / note-taking / diary style?

To me, the text looks as though it needed pictures to go with it.

Comic book bubbles often contain sentence fragments because, I believe, the picture is then supposed to complete the thought. For instance, 'After the fall of the Empire. . .' with a picture of some smoldering ruins, to mean, 'Things looked like this.' So when the text stops at 'Miss Kaoru,' 'a woman with a desk job in the city,' or 'each day fatigued with unfinished work,' I feel as though I ought to stop and picture something to myself.

A diary would be a good comparison too. There we often find fragments, or a succession of memorable sights. I think the idea is that the author can say more, but since he is writing only to himself he need not.

Or compare how one may react to this (from Camus's The Stranger):

And I can remember the look of the church, the villagers in the street, the red geraniums on the graves, Pérez’s fainting fit—he crumpled up like a rag doll—the tawny-red earth pattering on Mother’s coffin, the bits of white roots mixed up with it; then more people, voices, the wait outside a café for the bus, the rumble of the engine, and my little thrill of pleasure when we entered the first brightly lit streets of Algiers, and I pictured myself going straight to bed and sleeping twelve hours at a stretch.

To some readers, the style (of the Korean text) may just look distracted, or sloppy, or--worse yet--trying to achieve some result without working for it.

On the suggestion in the other answer, I don't think you should see these fragments as combining to form whole sentences. That may be a useful grammatical exercise, but also may defeat the whole purpose.

On the comments now, yes, there is a poetic feel to this type of text probably because we now associate poetry with greater freedom. (But isn't that just modern poetry?)

I don't believe the style is common outside comic books.

You can assume that the first and second lines are one sentence.

Meaning that " The woman working in the city lives a life of ... "

Also the third and fourth lines are a sentence.

8
Usage of the plural -들 on adverbs and verbs
10
What is the difference between adjectives and verbs?
6
What are the main differences between using '-적(이다)' and '-스럽다' to generate adjectives from nouns?
4
How to say sentences like : the less this, the less that/the less this, the more that/
4
How to understand the asymmetry between 포함하다 and 제외하다?
2
How and when to use "거야" in Korean?
3
How to understand the -하다고 suffix?
4
Can someone please explain how to use 는 at end of verbs and give many examples? Ex. what does 있는 mean and how is it used?
1
Translating and comparing the sentences
0
How to change the following sentences into ㄴ/는대요?