When using the Korean IME In Windows 10, how do I type hanja (한자) characters?

Sometimes when I'm using the Korean IME in Windows 10, I somehow accidentally trigger a menu to type hanja - but when I want to type hanja, I can't think how I did it! How do I trigger the hanja facility?

The '한자 키' on a Korean keyboard is usually the same key as the one that may be the right 'Ctrl' key on many countries' keyboards. This picture shows the key with both labellings : 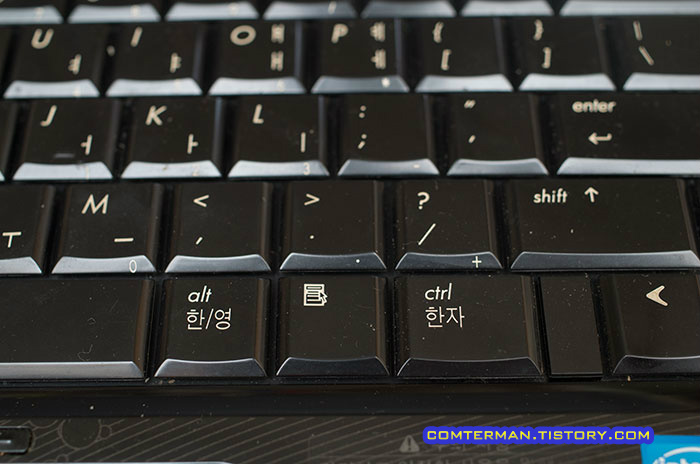 If you type a hangul character that you want to 'convert' to hanja, and press the '한자 키' while it is highlighted, a menu will come up: 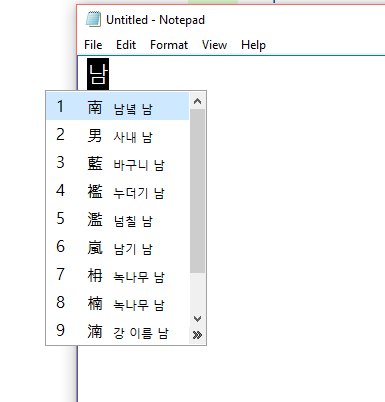 This shows the possible hanja for this hangul character on the left, with the 뜻 - 음 (meaning - sound) description on the right. Here, we have

And so on. These help you to choose which 한자 is the correct one.

Just to compliment the existing answer:

The accepted answer shows how it is used in notepad in Windows, and it seems to work in 3 cases:

All the actions mentioned above have the same effect in Notepad

However, when typing something in a text box in Google chrome in Windows, only action 1. mentioned above works correctly. The 한자 keypress is ignored in other cases. I am supposing other programs might behave differently as well.

Not the answer you're looking for? Browse other questions tagged hanja typing technology or ask your own question.

6
Dropping of initial ㄹ and ㄴ before /j/ and /i/ in hanja
4
Is there any Korean word in use that uses 藍 / '남' to mean 바구니 / basket?
4
Can you make yourself understood even if you use a wrong character with a similar sound?
0
Is the use of Hanja in Korean associated with Traditional (rather than simplified) Chinese characters?
1
Morse code: What's the point (and history) of SKATS, the 'Standard Korean Alphabet Transliteration System'?
3
Any good online alternative for "Handbook of Korean Vocabulary"
4
How was your experience learning to type in Hangeul on the keyboard?
8
Unusual hangeul syllables in 1920's handwritten Korean?
1
How to type a single jamo using Dubeolsik keyboard?